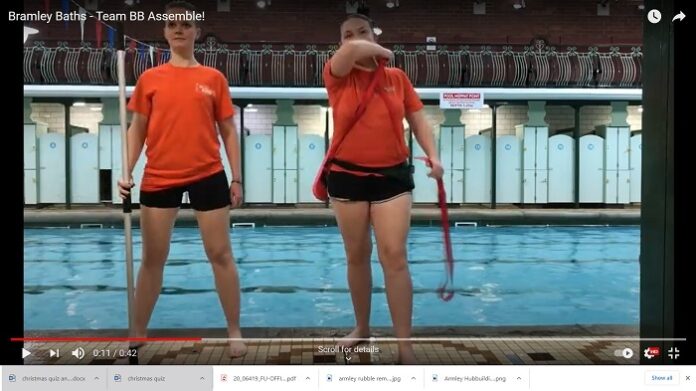 They have thanked their customers and the community for their support during a difficult year by putting together an Avengers-style video which sees them re-enact the epic “Avenger Assemble” scene from the Avengers: Endgame movie.

One by one, they appear as if they’re leaping out of the water into the classic poses of everyone’s favourite superhero squad. Posting on Facebook, the Baths said:

“Move over Iron Man and Captain America – our “super” staff have been busy keeping you safe during this year of uncertainty. Here’s a big thank you from our whole team for your continued support and wishing you Merry Christmas and a Happy New Year! We hope the Bramley take on the Avengers Pool Challenge raises a smile…”

The video was the brainchild of Bramley Baths lifeguard Danniell Reynolds, who filmed and edited the short film, which can be viewed here: