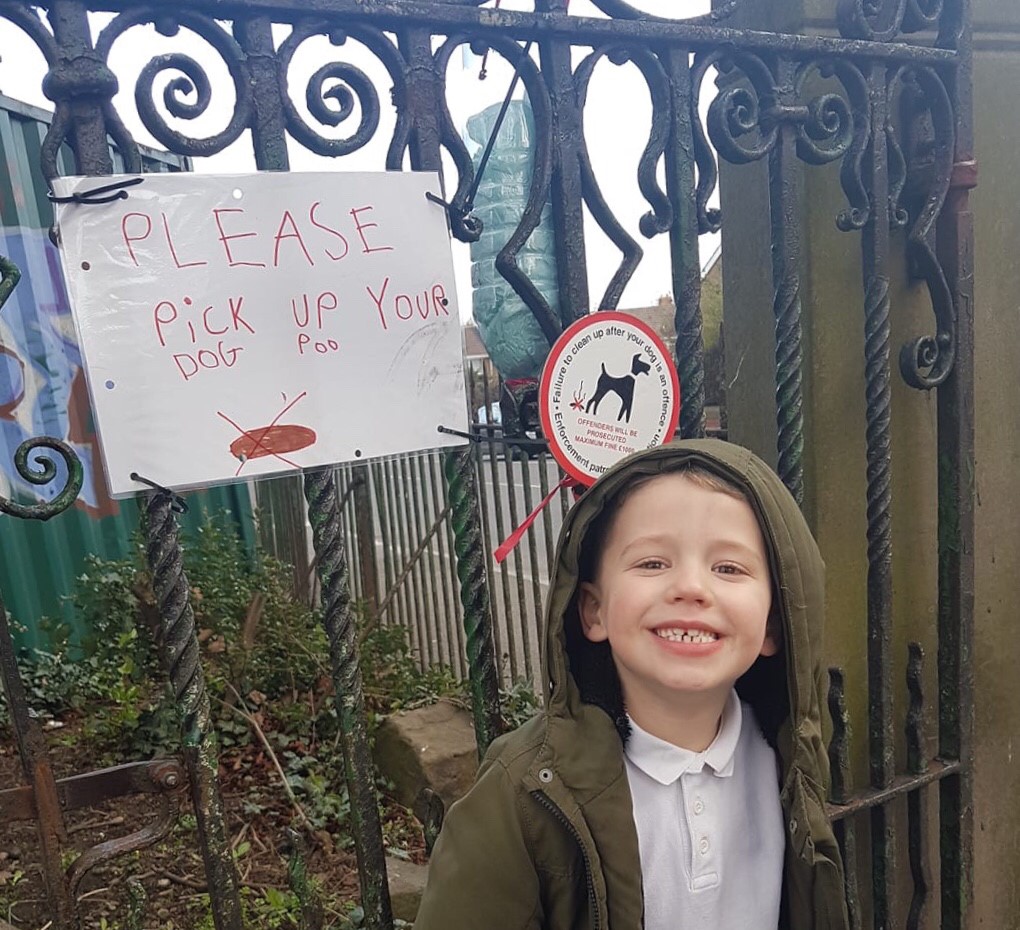 A group of Armley mums and their children are fighting back against dog fouling via a Facebook group and a host of activities in the real world. Lou Cunningham reports …

Members of Facebook group Armley Good Stuff were pleased to see that Armley was at the top of the list for reports of dog fouling.

Fouling had become a much-discussed topic and we had been encouraging folk to register incidents to highlight the increasing problem of owners not picking up after their four-legged friends.

Following on from a productive thread on Armley Good Stuff, a group of Armley mums and their children then hit the ground running and joined forces to tackle and challenge the blight on our streets.

They have been creating posters for parks and outside schools, and making home-made poo bag dispensers out of plastic drinks bottles to encourage the owners of our dogs of Armley to scoop the poop!

Armley mum Chloe Messenger recently showcased the work of the group at the West Leeds International Women’s Day event, and showed that this is a fantastic example of community spirit and taking a fresh and positive approach to an issue literally at ground level!

Any interested parties can join the Facebook group that Chloe has set up: Armley – let’s stand up against dog poo! Not in it!