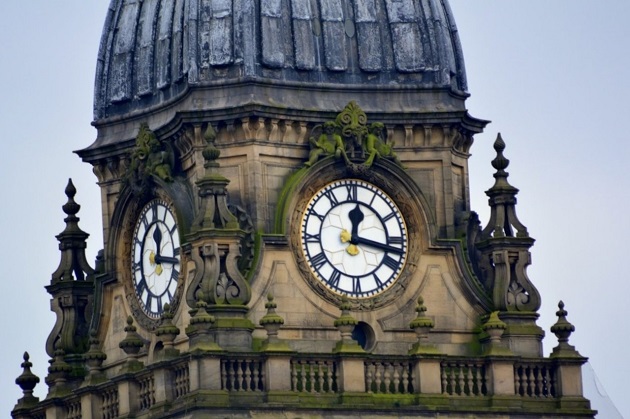 An Armley man is behind a new national campaign to tackle bullying and violence in schools.

Former teacher Jason Barnett is leading a campaign for parents and families from across the UK who have lost children to suicide or had children seriously harmed, as a consequence of failures to address bullying and violence complaints in schools.

The campaign will hold a public meeting and Safer Schools campaign launch at Leeds Town Hall on Friday 25 October, from 7.30pm until 9pm.

Mr Barnett is an advocate for vulnerable children. He said the campaign group currently includes over 100 families from across the UK some of whom have set up foundations in memory of their loved ones that have been lost.  He said:

“As part of the campaign, leaders of every major political party, education ministers and a number of MPs, have been invited to hear evidence from families, alleging that their children have lost their lives or been harmed as a consequence of failings in complaints policies and procedures.”

The group will also present a case for changes to legislation around bullying and violence policies to prevent this happening to other children and families in the future. The launch will also be live streamed  professionally online.

Why is it happening?

The NSPCC’s Childline Annual review for 2017/2018 said, of the top 10 issues they received calls in relation to, bullying was the main issue for under 11s and in the top four for children aged 12 – 15.

“There are a number of initiatives and charities working with children and schools to reduce the levels and to stop bullying from happening in the first place, such as the Anti Bullying Alliance, The Princess Diana Anti Bullying Campaign and the NSPCC.

“These organisations though, do not deal with the the concerns that many parents have expressed, that where bullying and violence has already occurred and concerns and complaints are raised, those concerns are often not dealt with satisfactorily as a result of flawed policies and procedures.

“These failures are too often resulting in children being harmed and in a number cases lives being lost, according to the campaign group.”

Mother Julie Steward will be speaking at the event.

Ms Steward lost her son Simon Brooks at just the age of 15 to suicide, claiming bullying concerns had been ignored. She said

“Children have all been failed by safeguarding issues that are in place and this Government really needs to look at what is happening in this area.”

The campaign believes that Ministers and MP’s now have a duty of care to address the issues that have been raised with them, where others have failed and now need to act immediately to save lives in the future and prevent any further harm coming to children.

They are demanding that Government make changes to number of policies, procedures and laws. Mr Barnett added:

“Currently there are laws and policies in place for every workplace to protect adults from bullying and violence, including in schools. We believe it can only be right to ensure that children across the UK are afforded the same protections. “