Farsley Celtic go top of the league with Gainsborough rout 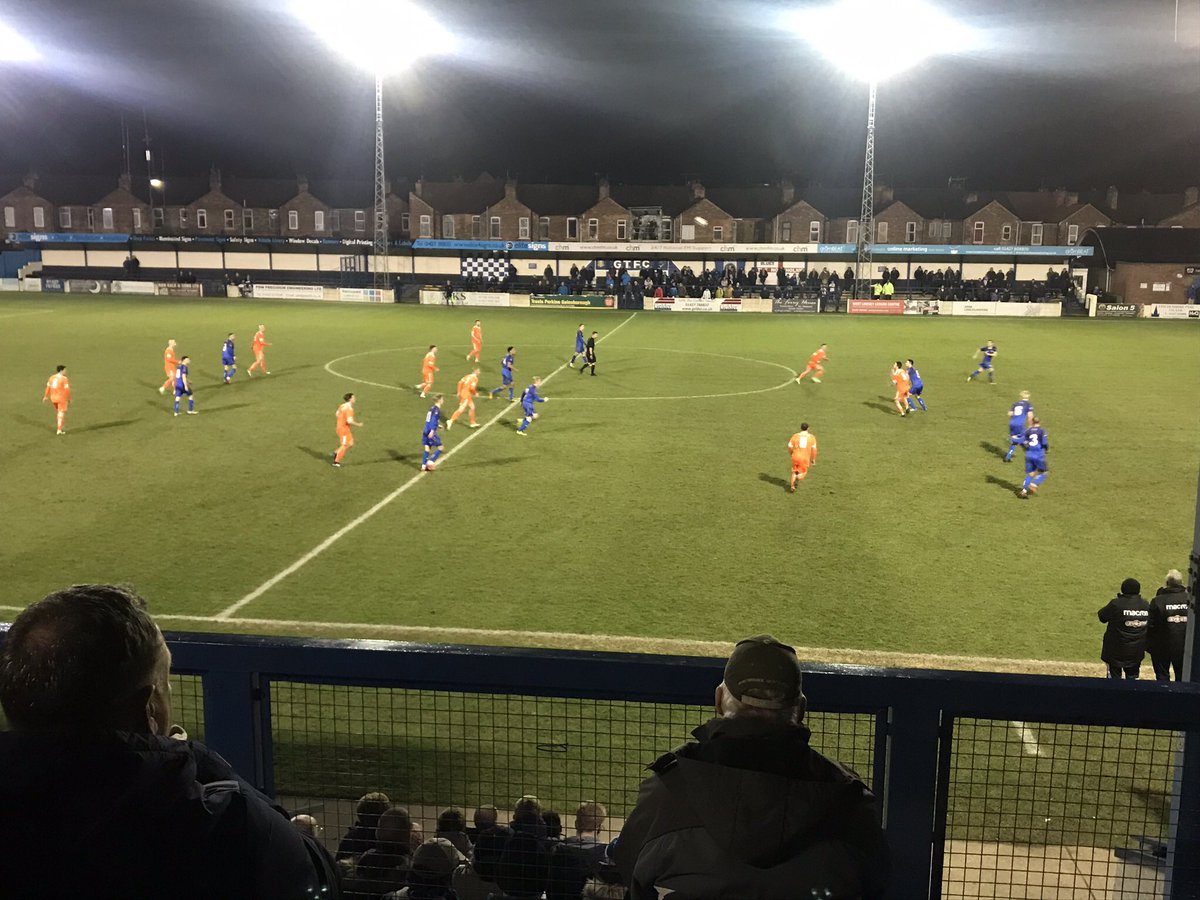 Farsley Celtic moved to the top of the Evo-Stik Northern Premier Division following a stunning 5-0 victory away to Gainsborough Trinity, writes Thomas Ritchie.

A first-half blitz saw goals from Jimmy Spencer, David Syers, Luke Parkin and Will Hayhurst send the Celts into the break 4-0 up, before Nathan Cartman added a further goal in the second-half.

After his side made it four consecutive wins, a delighted Adam Lakeland said:

“I thought we were excellent tonight. Once we got our noses in front I felt, with the results they’ve been having, maybe they’d doubt themselves a little bit.

“We had to capitalise on that and we did, I thought the players were absolutely relentless in the first-half.

“We were really clinical, on the front foot, pressing, working from the front and we played some really good football.”

Both sides struggled to find their rhythm early on, but it was Farsley who broke the deadlock 20 minutes in.

Jack Higgins was able to knock down Danny Ellis’ cross, and after his initial strike was saved Jimmy Spencer fired home the rebound.

It was three goals in eight minutes for the Celts as Luke Parkin got on the scoresheet, the forward curling home a sensational strike into the top left corner after Shane Clarke had fouled Will Hayhurst.

Gainsborough were struggling to gain any sort of foothold in the match, and as halftime approached Farsley further extended their lead.

Will Hayhurst advanced down the left and crossed for Nathan Cartman, who saw his effort blocked on the line before Hayhurst followed in to slot home.

However, Farsley were soon back on the front foot and added a fifth as Jack Higgins crossed to Nathan Cartman who headed home from close range.

Gainsborough had their best opportunity to get on the scoresheet just after the hour mark as Ashley Worsfold crossed for Ben Gordon, but Trenerry was there to save at point-blank range before Adam Clayton cleared.

Farsley were able to see out the remaining minutes comfortably, meaning Adam Lakeland’s side have now lost just one of their last 19 league games.